How did USAID enhance their returning home campaign by using PI’s services?

USAID like many other agencies can take advantage of social media to create awareness amongst relevant communities about their activities.

What was USAID aiming to do?

One of the largest american official aid agencies already has a huge visibility internationally. However, they realized that over the past decade social media has emerged as an important medium of communication globally for reaching out to a vast audience which is not possible to do physically.

Given that Facebook is the most used social media platform amongst the Iraqis in general and IDPs specifically, USAID and PI had to find a way to portray and share the core message of the campaign there without getting negative backlash and contradictory results.

Why did USAID need to reach out to IDPs?

Half a million IDPs resided in poor shape in camps across the country, uncertain about the conditions of their areas of origin which caused a great deal of anxiety and acted as a barrier for going back even after restoration of control in areas by the Iraqi Government from the so called Islamic State. Displaced people were thus unable to make informed decisions as to whether it is safe to attempt to reclaim their homes or not.

How did PI maintain the most accurate results

PI already provides a variety of social media services and has access to a network of partners that own social media platforms across the country. USAID wanted to target IDPs from the Sinjar area specifically for their campaign and PI needed to reach out to a very specific target. That was why PI decided to reach out to exclusive partners in that discrete region in order to deliver the core message of the campaign as effectively as possible.

After USAID made it clear what they were aiming for and what messages they needed to deliver, it was only natural for PI to generate a full on social media campaign to meet their goals accordingly, that was when it was decided to lead the campaign in Sinjar’s most used languages Kurdish (Kurmanji) and Arabic.

USAID has collaborated with PI to help them in producing a series of videos telling different stories of the people who returned back to Sinjar, believing that it was the most effective way to lead a similar campaign by both parties.

PI has conducted a thorough research on the people that returned back to Sinjar, exploring different news agencies, online profiles and public figures from that region.

The perfect stories were handpicked and many video prototypes were developed and discussed among the team itself and with USAID to deliver the campaign in the best, most creative and effective way possible.

PI had to operate on their most strategic partners’ pages in Sinjar for the campaign, regulating the specific captions and hashtags needed to reach all the communities through the video posts during the active campaign.

The total number of people from areas affected by conflict that USAID could reach through PI:

Note that videos on social media platforms get treated differently, facebook’s algorithm usually gets more views for videos than engagements, however, PI was successful in choosing the topics and the formats of each video so that the high engagement goal would be met. As mentioned above the most preferred platform amongst the targeted communities was Facebook but other platforms such as Instagram, YouTube and Twitter were not excluded in the campaign (giving the priority to each platform respectively), in order to reach the niche audiences on those platforms too.

USAID could raise awareness, spread their message, reach millions of people and get millions of views in a fraction of a second through their online campaign on social media, utilizing the precise data targeting tools to reach their goal. This could not possibly be achieved in real life without spending a huge budget over a long duration of time. 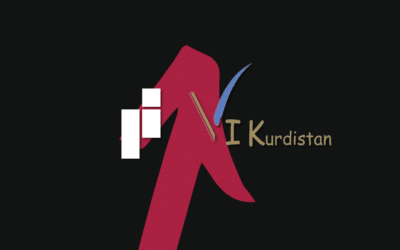 How did VI-Kurdistan reach new customers   by using PI’s services?  VIKurdistan, a travel agency in Iraqi...